Creatives Are Our Homeboys 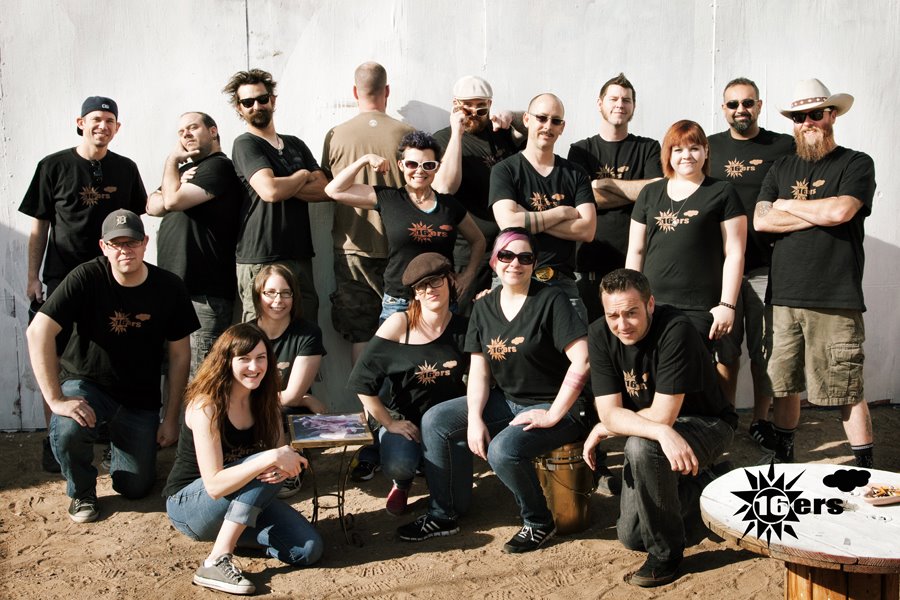 We are very lucky peoples. Not only do we get to do what we love to do every day, but we are surrounded by friends and acquaintances that also get to do what they love to do every day. This creative circle creates an inspiring energy that pushes everyone around to do better at their own art. Keeping up with the Jones’ has never been more creative than what’s happening right now in Downtown Las Vegas.

One of the side projects we are involved in is a powerful group of creatives collectively known as The Sunny16ers. So far, this team only gets together once a year to compete in the Las Vegas 48 Hour Film Project. If you don’t know about this movie making endurance test, after the officials present a character, line of dialog and prop, your team has 48 Hours to write, block, craft service, light, direct, film, record, score, edit, and render as fast as possible to turn in a seven minute short film.

In our second year competing in this contest, the film the Sunny16ers created won Best Cinematography, Best Sound Design, Best Director and the coveted grand prize of Best Film.

We love being part of a larger team of determined creatives focused on creating the best results possible. And we are honored to call ourselves ’16ers!

To check out this award winning group effort, watch the film above or youtube The Kickstand Kid.