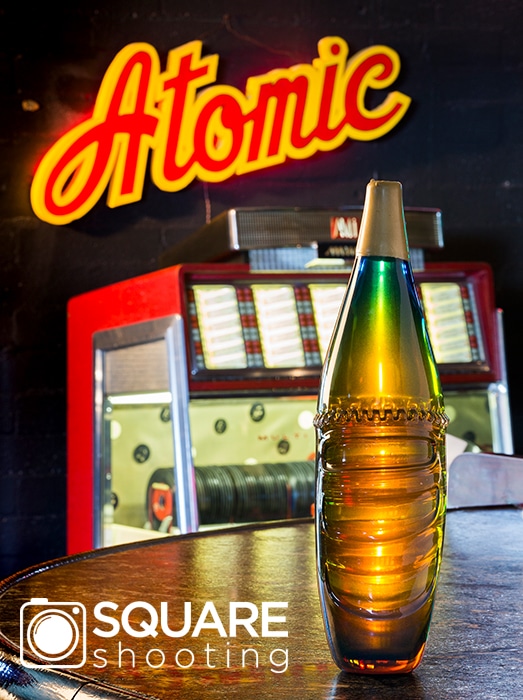 Lets talk about the worlds most expensive craft beer…

Did you know it was brewed right here in Vegas with the help of our very own local Tenaya Creek Brewery? Did you know Square Shooting had the chance to photograph it ? We love getting to say that!

There is a show called Brew Dogs, where two gentlemen who own their own successful brewery in Scotland, travel across America visiting areas with a love for beer. I had never heard of it either, but then again, I can hardly find time to watch my Game of Thrones and Vampire Diaries (don’t judge). While the gentlemen visit these different areas they try to create a new craft beer inspired by the elements of the destination. Go figure Las Vegas would be the one to produce the worlds most expensive craft beer. Go gaudy, or go home. We can make it bigger and shinier than you; one of the reasons I love this kooky city.

Now I don’t know about you, but I get twitchy spending more than six dollars on a beer. Luckily I don’t tend to be on the fancy side, and my bank account is a huge fan of my cheap-date pallet. So when I was told that a group of people (some of them I know) paid around $3,500 for one bottle of this last-of-its-kind craft brew, my mouth dropped to the floor. WHAT?!? Then I heard that the bottle was purchased at a charity auction for the Keep Memory Alive nonprofit, and it made a little more sense. I could now look at the people I knew in the group without that ‘you’ve been hoodwinked’ look across my face. In fact, my look turned to an impressed ‘you clever little devils’ look. This group consisting of some of the Tenaya Creek brewery staff and some of the team over at Atomic Liquors (a favorite hang out bar in downtown Las Vegas) gave a good charity a decent chunk of change. Who doesn’t love someone willing to give to those in need of assistance? Hard to not want to hug them for the sweet gesture. Even more clever: they are keeping this hand crafted bottle of the pricey concoction on display over at the Atomic. So you can actually go check out this craft beer in its lit up shinny plastic display case the next time you are ordering your more reasonably priced craft beer. I love a good marketing technique.