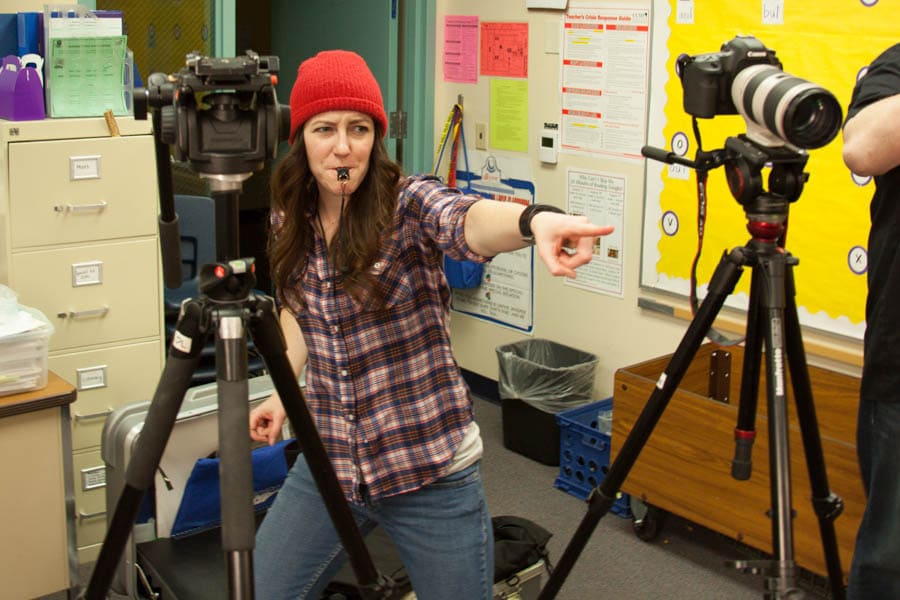 If the line of people that wraps around the block every day is any indication, the Gold and Silver Pawn Shop has a huge following with it’s reality TV show: Pawn Stars. Leave it to the one of the masterminds who revitalized the legendary Atomic Liquors, Derek Stonebarger, to come up with a genius way to tap into the passion of this show’s enthusiastic fan base.

With the help of acclaimed local writer and director Troy Heard, Derek has produced a live stage show as a farcical look back at the history of the cast of Pawn Stars, featuring a full size puppet as the patriarch of the family.

Working with Derek over the past few years, both during the 48 Hour Film Project as well as creating images for Atomic Liquors, he reached out to Square Shooting a few months ago to film a couple of short flash back videos that would be used for the Pawn Stars Live stage production. We were honored to be selected and immediately excited about the opportunity to make something that would help our friend’s vision come to life.

Knowing a project of this scale requires more than our two person tag team could handle, we enlisted the expertise of our talented friends over at Shotgun Twins, as well as the multi-talented Jeremy Ornelas, to help us make the best video possible for our portion of the production. Much like the 48 Hour Film Fest, we had one weekend to capture all of the footage we would need, which makes for a fun but exhausting creative endurance test.

After months of hard work and perseverance by Derek and his team, Pawn Shop Live opened at the Golden Nugget in Downtown Las Vegas on January 21st. The production features the talents of several long time local actors, as well as additional videos segments created by local Las Vegas production companies Bryer Films and Lightforge Studios.

We’re very proud to be selected to contribute to this endeavor, and we love the way our video is part of this lively and quirky production. As you can see by the behind the scenes photos below, we had a blast exercising our video skills and creating something with our talented friends.

Pawn Shop Live runs Tuesday thru Saturday at 4pm inside the Gordie Brown Show Room at the Golden Nugget. Look for the very brief cameo by Square Shooting’s Ryan Reason to know which video is the result of our hard work.