We LOVE a challenge! So when the City of Las Vegas reached out to us with a new one, we were eager to help out. The request was to photograph an outdoor mural in a very high quality format, then digitally enhance and restore the mural to it’s original colors and design. With a long-term plan to have the photo printed or transferred onto outdoor ceramic tiles at it’s original size, then be installed at a new location. Not quite like Uncle Kev handing you an old army picture thats been beat up over the years, and asking you to restore it. This was recreating an existing mural in photograph form that is large enough to be printed at scale, while completely replenishing all lost details and colors that our Vegas sun stole away. No problem, right?

After accepting the job, we found out that the only images that anyone had on record of the original mural were low resolution and not taken at the time it was installed. With no access to the original artist, which sadly we still don’t have a name for, we were left to use our best judgement on color and details.

After turning in our final product, we were happy to get this response back from the city. “Looks fantastic! THANK YOU! We are ELATED!” Not too shabby, if we do say so ourselves.

Below is an image of the wall as it stands now.

Here are the reference images we were given. 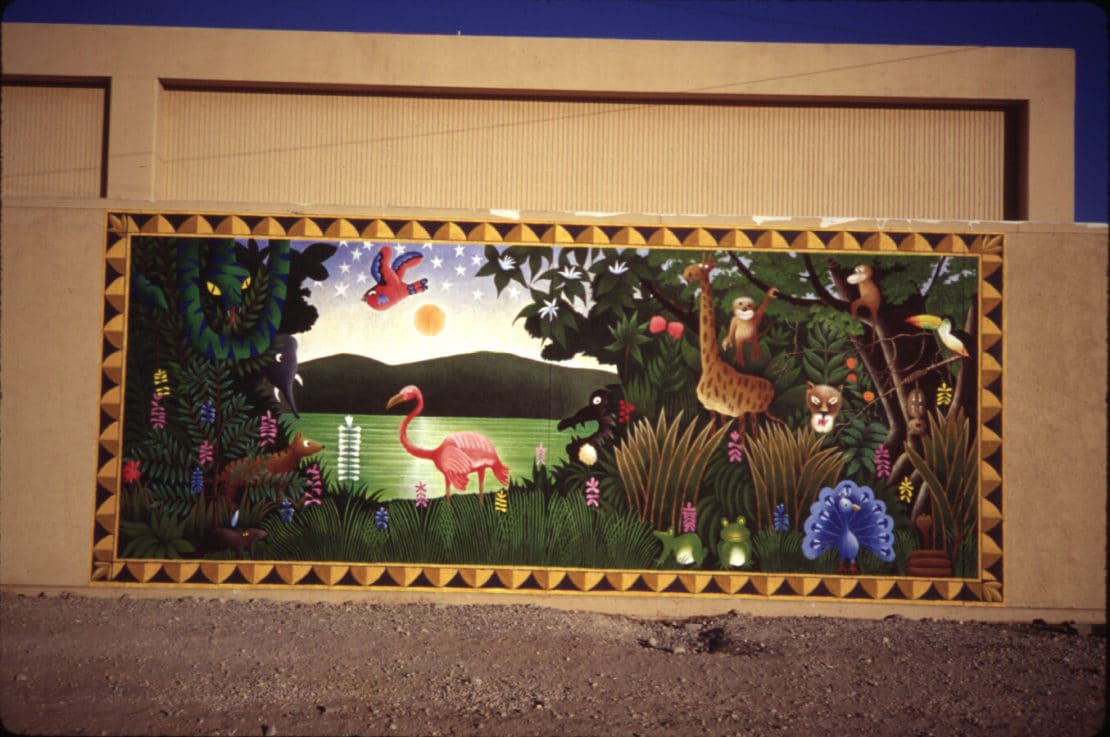 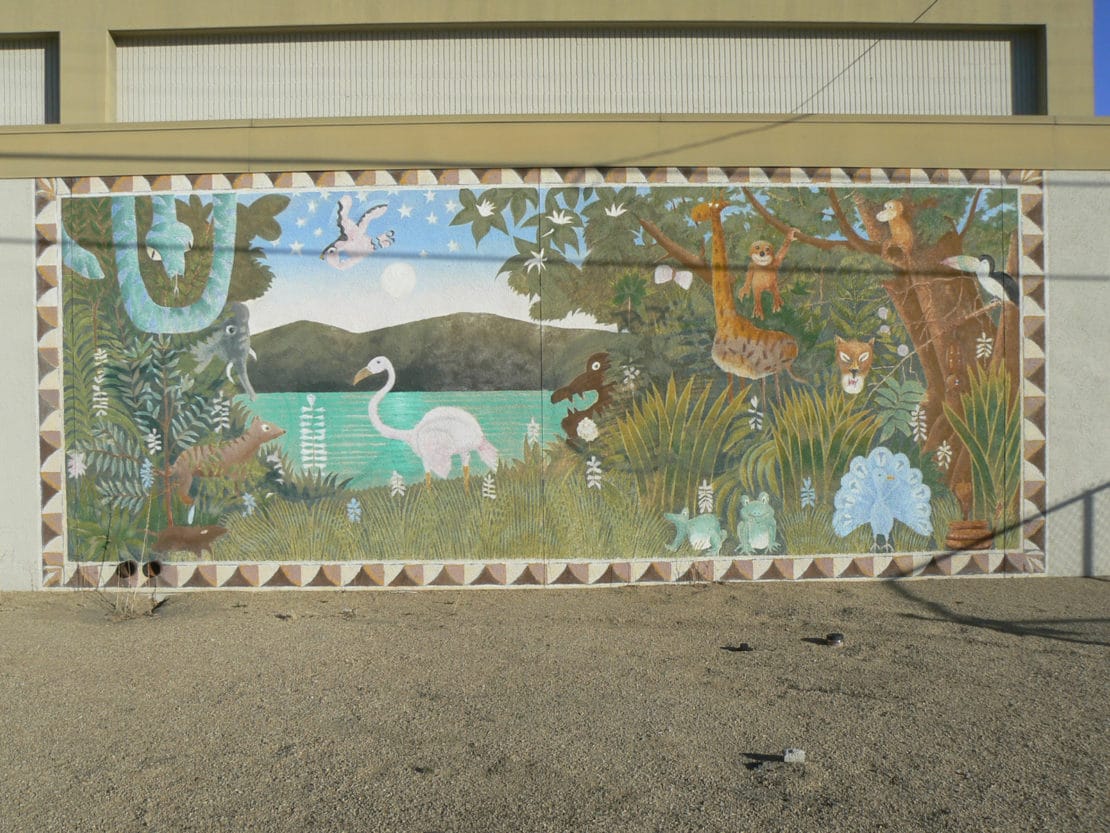 And finally the finished restored mural that Square Shooting turned in to the city to be printed at scale.